With a warm December I had a bit of a delayed start to the ice guiding season. To say that we have made up for it would be an understatement. Walleyes, Perch, Bluegills and Crappies have all shown up in both numbers and quality this season. With holes drilled now in the 1000's, many picture fish and fish dinners have been enjoyed by a variety of great folks whom I have had the pleasure to fish  with. Here is just a sample of recent catches. 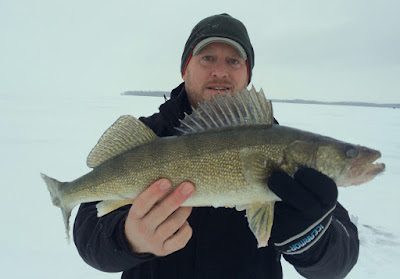 Ice conditions dictated our fishing locations for December and much of January but we are mobile now and fishing the entire lake for these golden favorites. 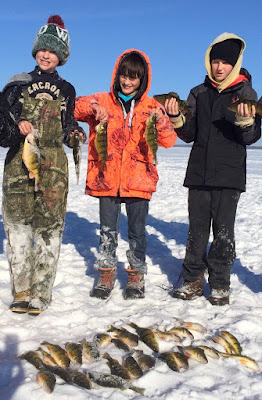 Sight fishing for yellow perch has been a real treat too. Playing "keep away" from the smaller perch and engaging the bigger ones has really allowed us to increase the average size of our catch
. 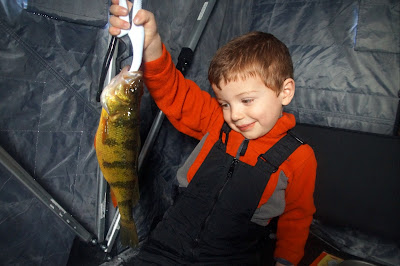 I love turning youngsters on to sight fishing. 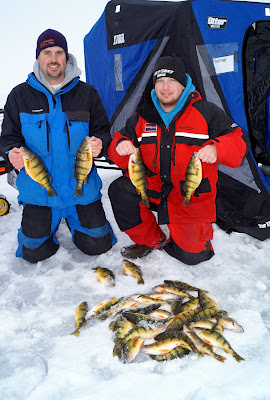 A good morning of perch jerkin'... 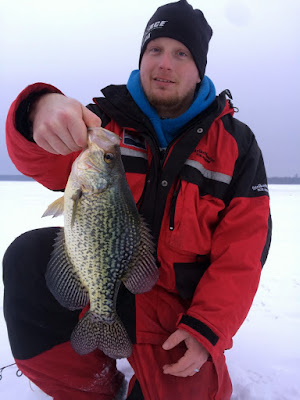 ..followed by some nice catch and release crappie action. 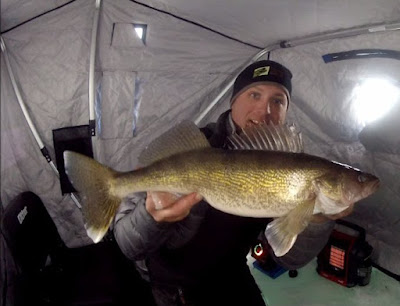 More to come!
Cheers and hook-sets!

Posted by outrightangling@blogspot.com at 9:14 AM