I made a quick trip to Birchdale today to try try out my new-to-me 15 yamaha on my reserected old Lund duck boat and to see if I could go to the mat with a couple of Sturgeon. With the detour in place it was a round trip of six hours of driving for six hours of fishing...worth it though. I managed a 45, 51, and 64" P.B. monster that just wouldn't give up. Next time I'll bring the bigger boat though. 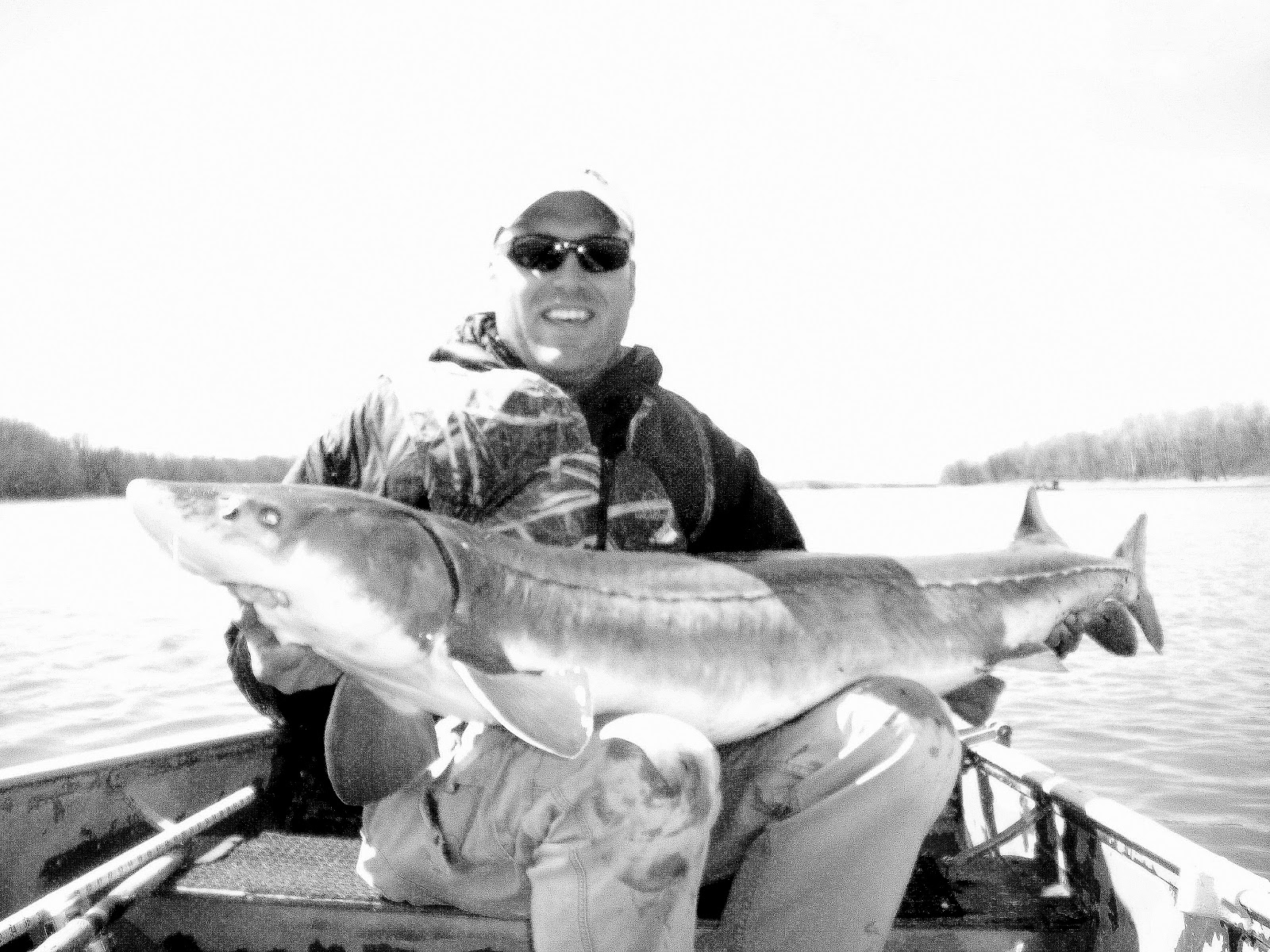 Man I need a new camera!

Posted by outrightangling@blogspot.com at 4:44 PM No comments:

The following report was done by Jim from Sartel who was kind enough to let me join him on this amazing trip. Jim has fished the river with good success in the past but neither of us new what to expect when we drove up to the Rainy river that day.


Quote Jim:
Well, this past week I posted an "Open Seat" offer for anyone who was interested in going to the Rainy with me on Friday and Saturday. To my surprise I only had one call about the offer?? Fancaster, a member of  Lake State Fishing, called me on Tuesday night and excepted the offer. I picked Phil up on Thursday night in Walker and we headed north with HAWG WALLEYES on the brain.
I received a few reports from some friends of mine who had been fishing there for a couple days and others who had just fished the river on Thursday.....it sounded really promising! We were on the water on Friday at 8:00, near Birchdale. The first fish of the morning was a 27" that I hooked using a "Live Target" rattle bait. It was a skinny fish that was spawned out, but never the less, it was nice!! We didn't really get into the fish very heavy until about 10:00...this is when Phil had put on a 4" - pearl colored swim bait with a paddle tail. The rest of the day was an absolute "BEAT DOWN" on the walleyes!! I have only fished walleyes with plastics a couple of times in my life.......wow was I surprised at the way these fish were "SMASHING OUR BAITS"!!! It was the most fun I've ever had catching walleyes in my life!! Phil and I went back and fourth netting each other's fish and laughing about the comment, "Oh, just another cookie cutter 23''!! We caught 175 eyes in a day and a half on plastics alone! I put a minnow on Saturday for a few casts and then went back to plastics or the Live Target rattle bait. We had some rainy weather role in on Friday afternoon, but the fishing only got better!
Phil is one heck of a good stick, and on Friday, I had to have my "A" Game on so that he wouldn't mop up on me in my own rig!! On Saturday he pretty much showed me what an
"A_ _ - Whoopin' is really like.....I think he caught 45 or 50 of our 75 fish!!
We pitched plastics up into three feet of water and drug them back with hits in every depth up to 8 foot! Five feet was the best depth for us overall.
The trip was one for our record books, and I got to meet another great fisherman in the process!! I'd like to thank Phil for coming along and making the trip a total blast!!
The biggest fish of our trip is the last fish pictured. It is my pig that tipped the JUDGE at just over 29". This is my personal best walleye! It does not look that big in the picture....I know!! That's because of the beast holding the fish

!! My fish get no justice with me holding them for pictures!! Phil was my witness though, so I'm covered on the lengths of my fish!! 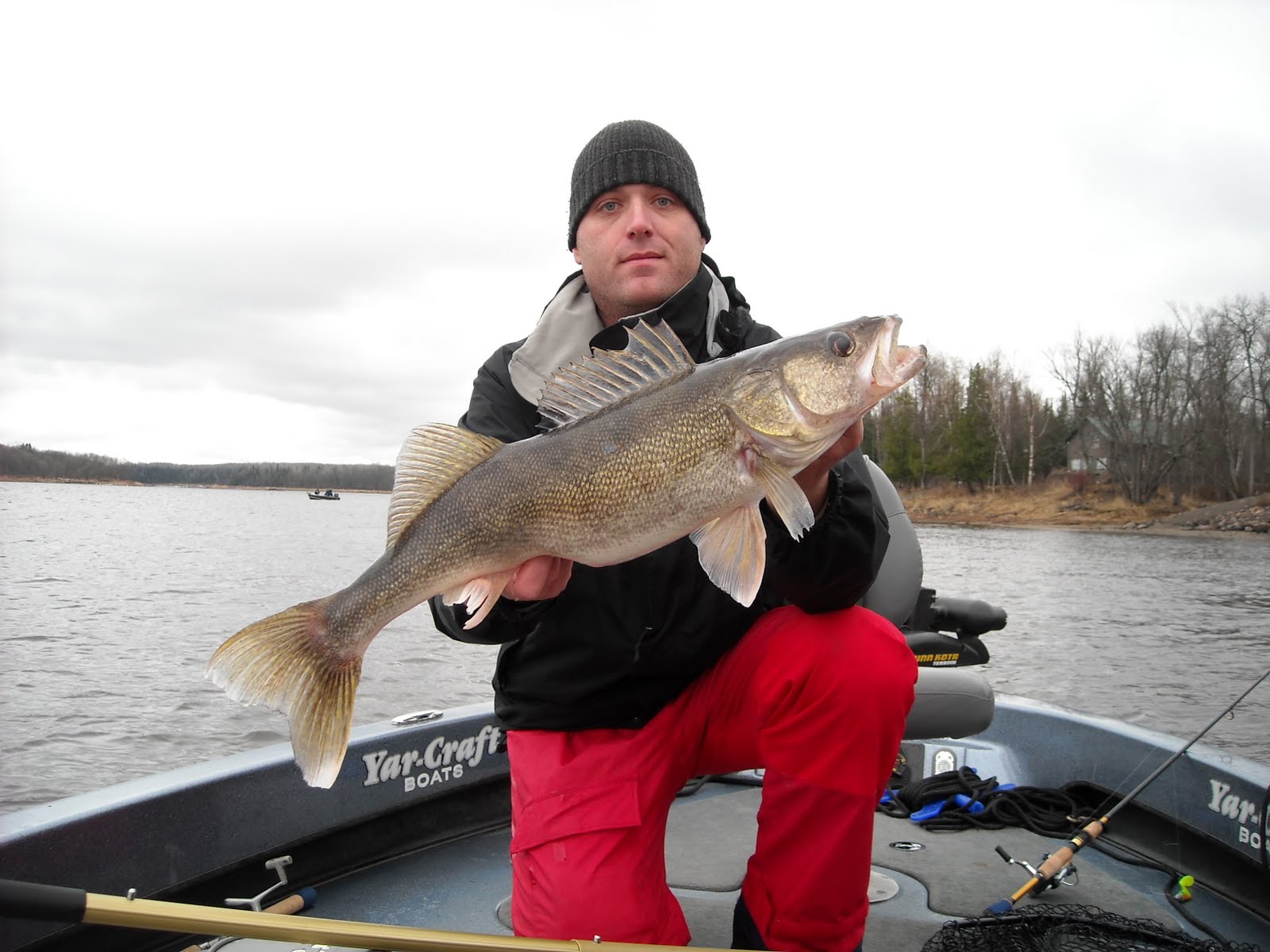 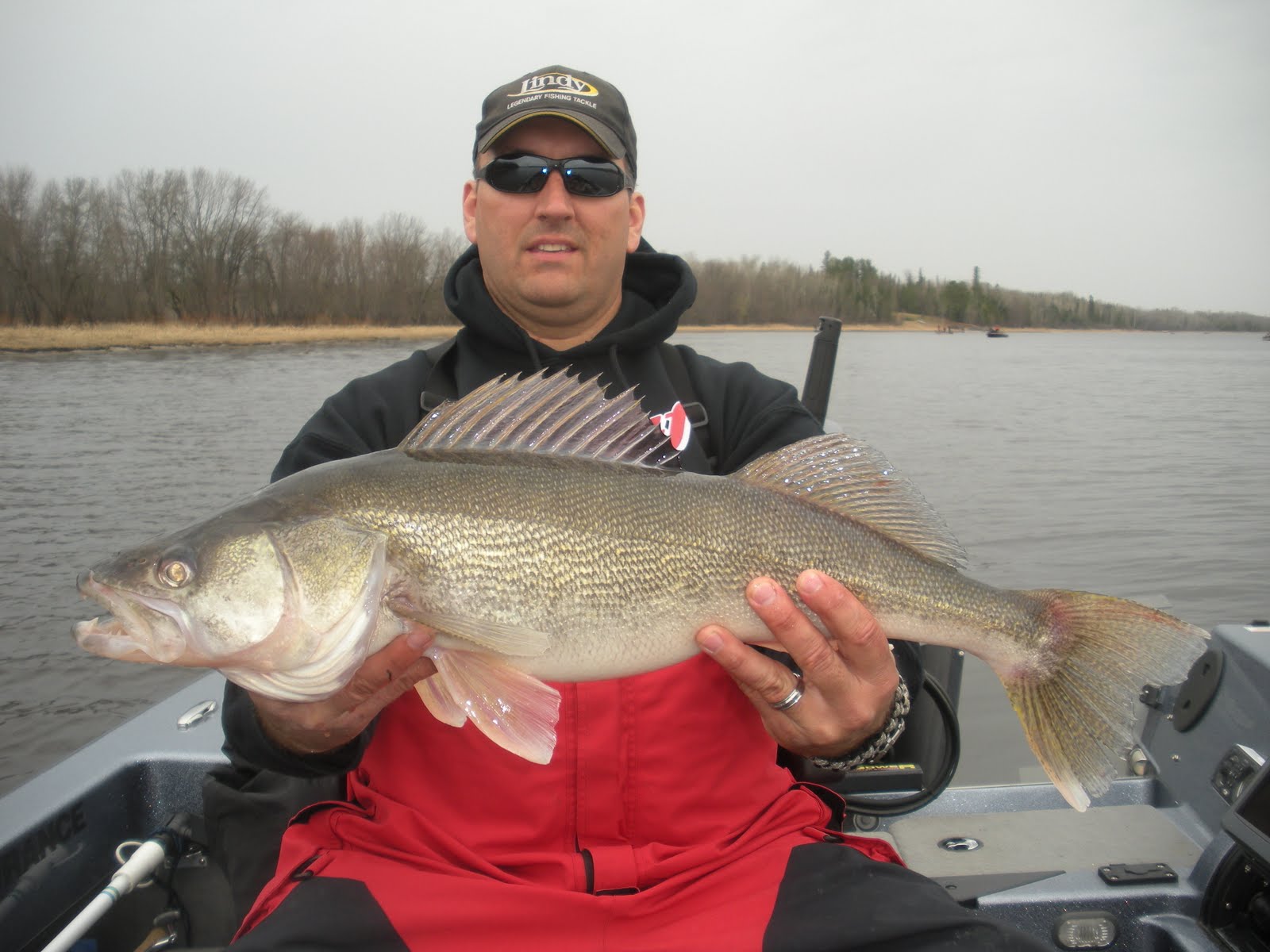 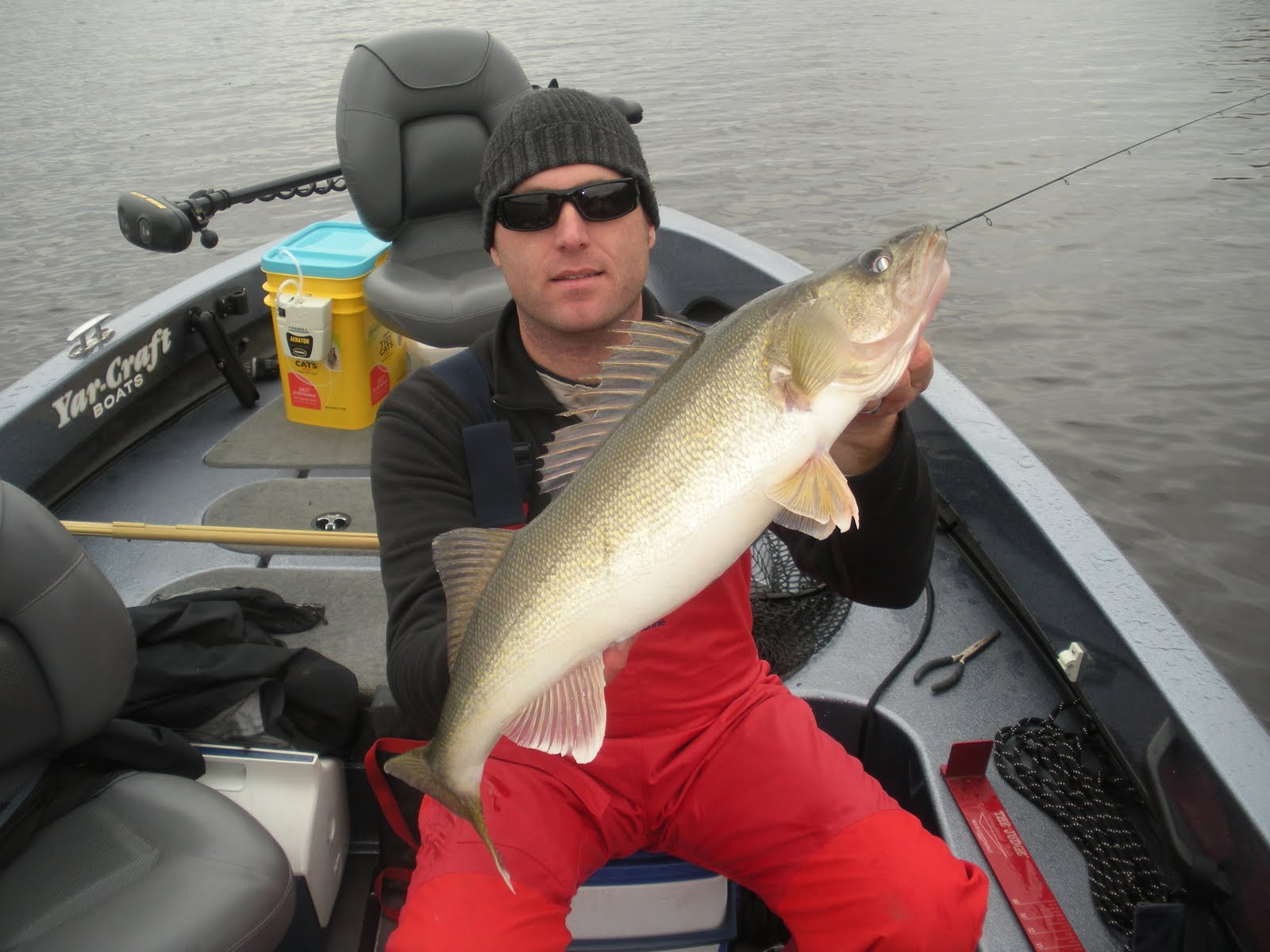 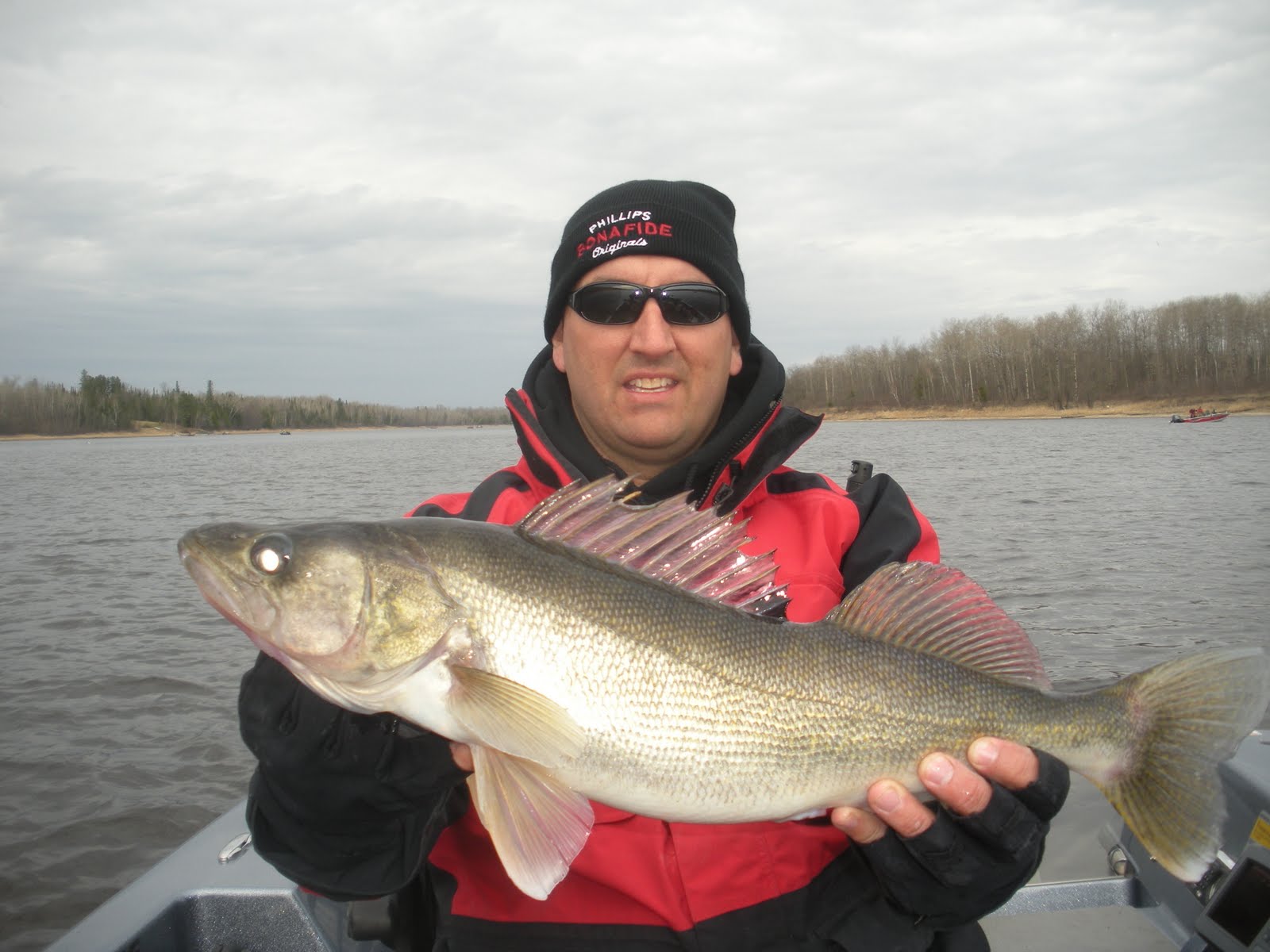 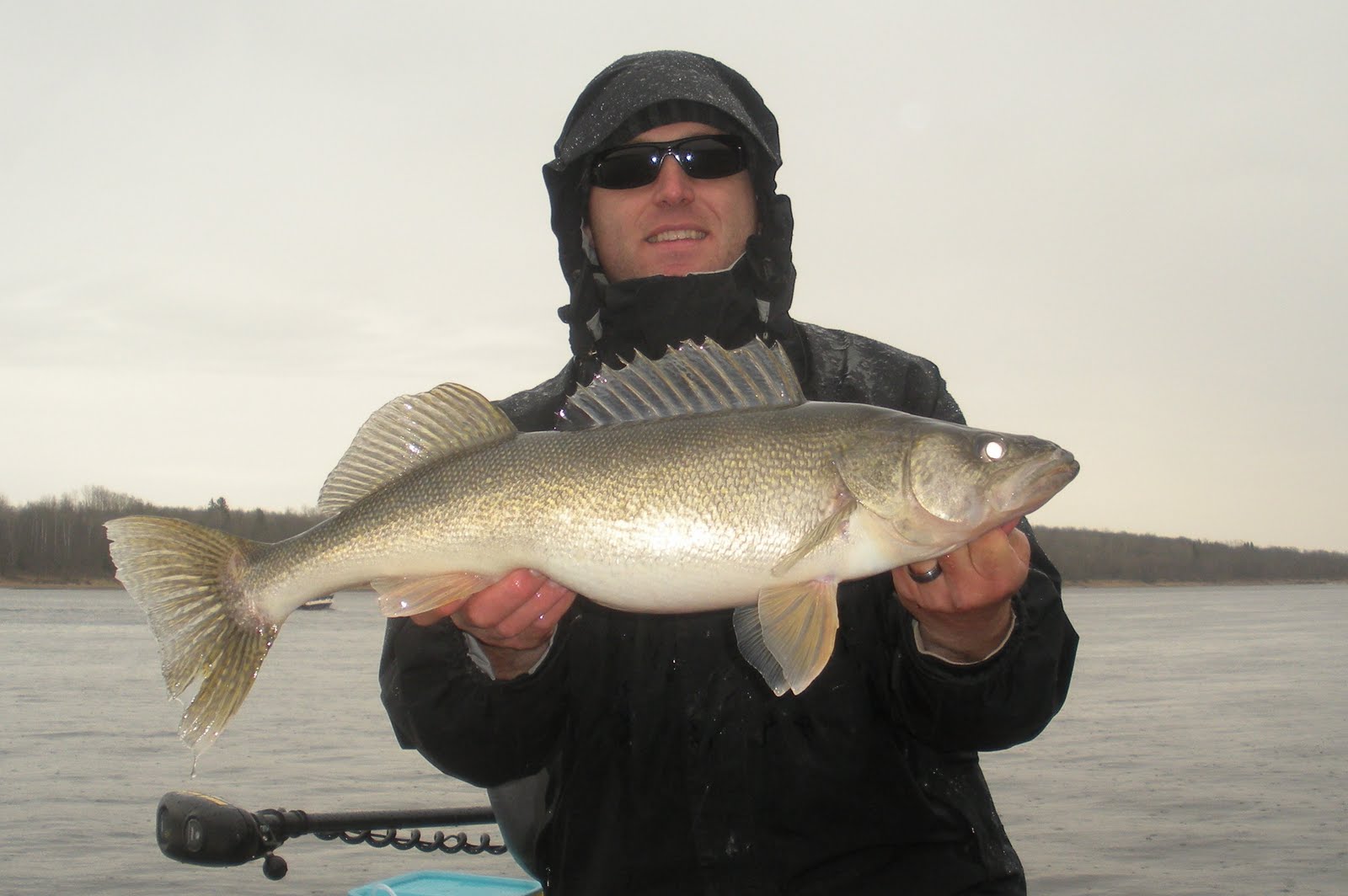 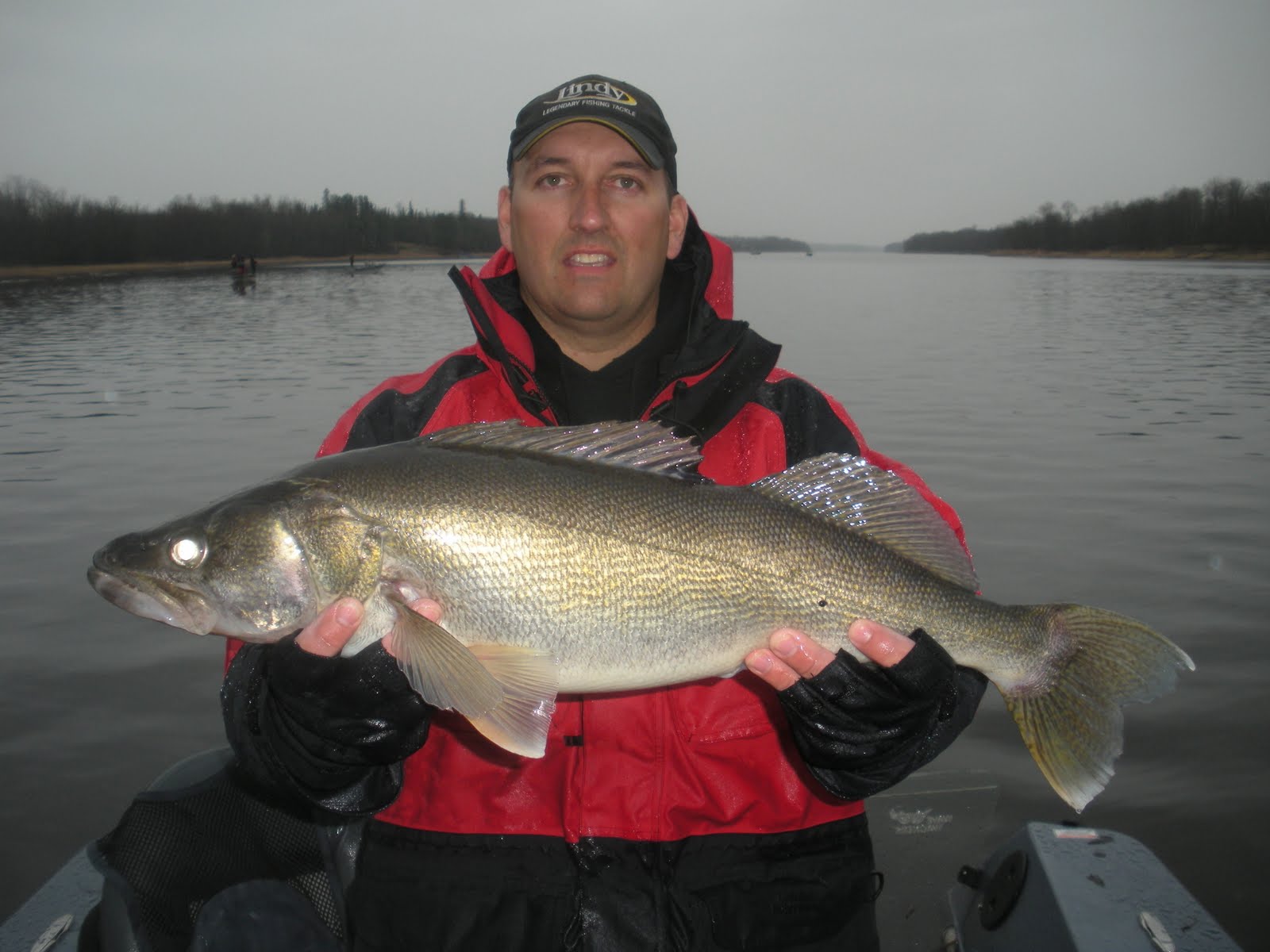 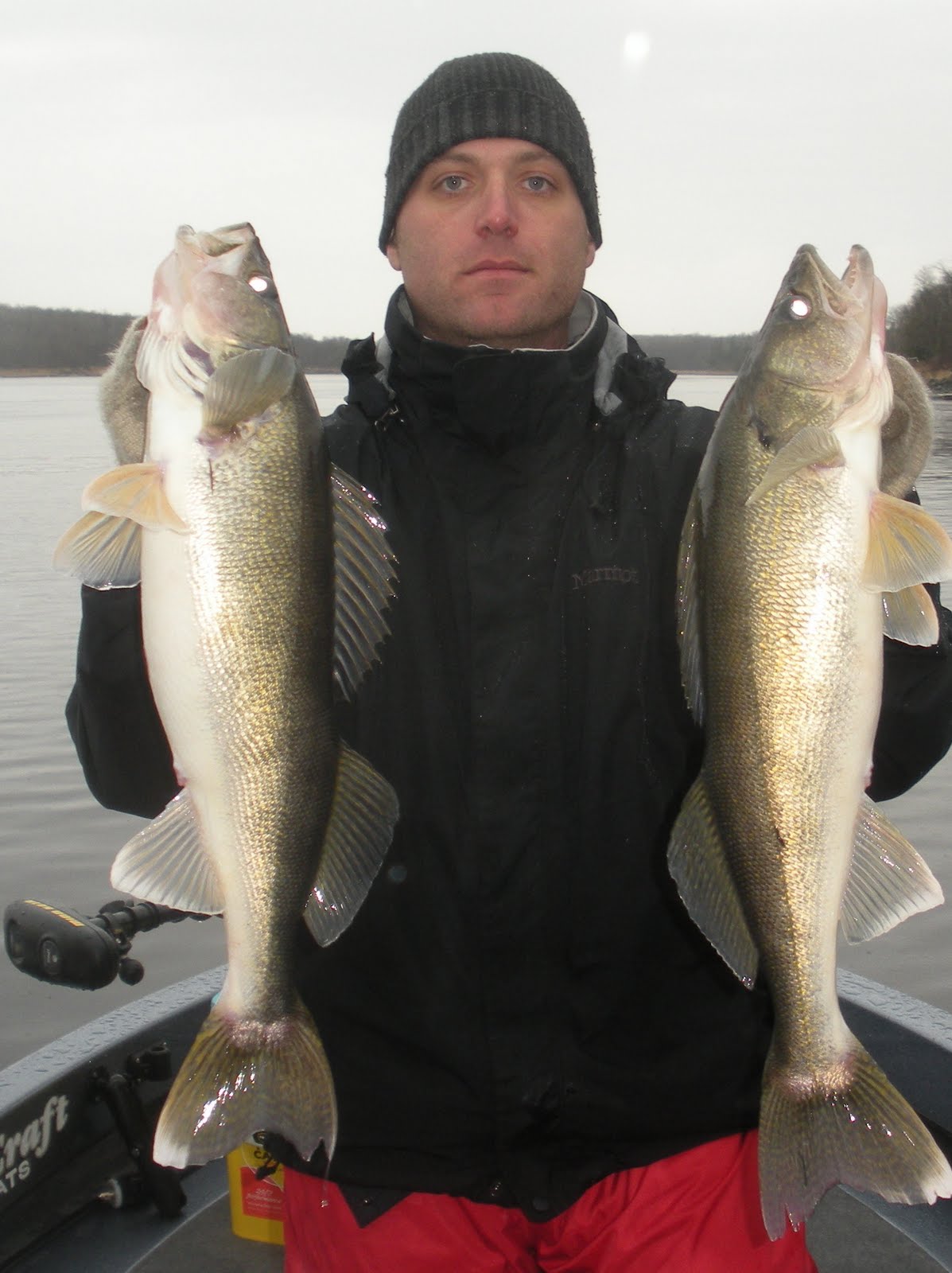 Posted by outrightangling@blogspot.com at 5:16 PM No comments: