What is it about Crappies? Pure Joy I tell ya! If reeling in a slab doesn't put a smile on your face well...I wonder if you have any love for yourself at all?   Anyway, I have a few ideas about how to ice the big floppa this winter. 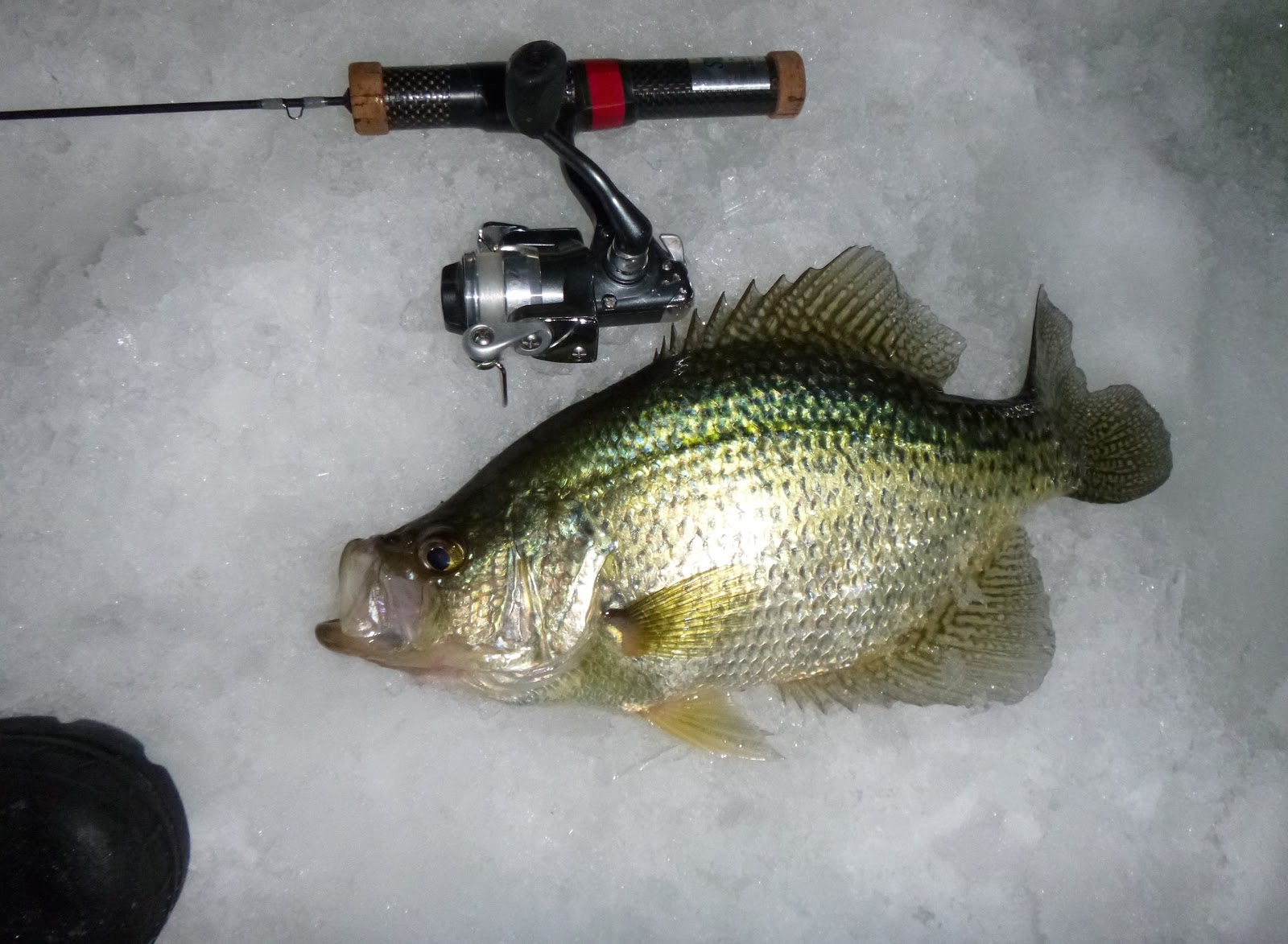 
First, one must fish lakes where big fish are. With most lakes it's: survey says......nnnngggggtt. Sadly, there just are not that many lakes left out there with catch able numbers of big-uns. Ninety percent of the lakes around have either been over harvested and contain stunted genetics or just don't have the habitat and forage base required to sustain big specs. Comb the MN D.N.R. Lakefinder website for lakes in your area that hold decent numbers of larger fish. Unless you have some great local intel (may require waterboarding) you could spend years finding your own honey hole. These surveys don't lie. Eventually you will find the lake that is more like: survey says....ding, ding, ding!  Granted, there are lakes out there with huge crappies that just don't show up on the surveys but if they are on the survey, and it's a current one, then they are probably in the lake.  And, the smaller the lake, the more faith you should put in the survey in my opinion.

Secondly, finding the fish in the lake. I believe the old adage that ninety percent of the fish are in ten percent of the lake, especially with crappies.  So?..get maverick-ie and drill-baby-drill! Hole hopping is usually necessary, especially if you want big fish. Early in the season, a deep weed edge can be magic. As O2 depletes from the shallows weeds will die off. Unless you have really nice clumps of green coontail, the fish will eventually move out over deep water. If it's a deep lake, I would look for "confined open water" from 25'-50' deep and search there. In lakes with the deep basin topping out at 25-40 f.o.w., I would check the core of this basin first and then move toward the rim. Either way, the fish might be tight to the bottom or suspended, maybe even half way up the water column.  Another place to check is the first real drop-off into deep water outside of a spawning area. Crappies will stage in these areas, especially in late season.

Finally, getting them to bite. Some die-hard crappie anglers will swear by the minnow while others prefer jigs or spoons tipped with waxies or plastic. I say, you really need both. For searching, a spoon or jig tipped with larva or plastic is usually the way to go. However sometimes a minnow is the only way to make old paper mouth open up. You might even have to experiment with weighted hooks, plain hooks, and split shot combos to seal the deal.

When you finally hit the mother-load, consider putting most of the big fish back in the lake. It's pretty satisfying slidin' a donkey back into the soup, knowing that next year you could have 15 or 16 inches of big floppa on the end of your line. 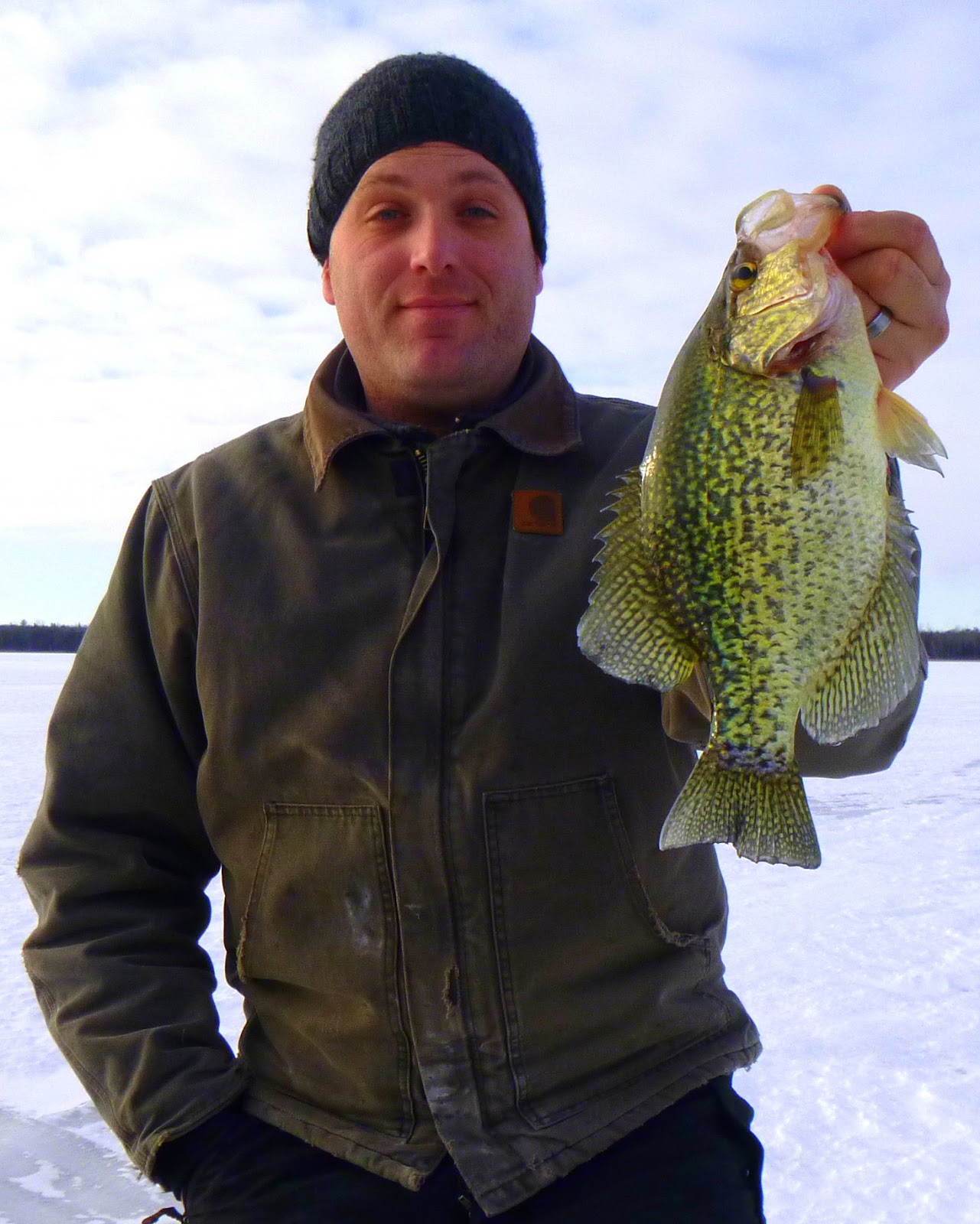 Posted by outrightangling@blogspot.com at 7:18 AM No comments:

Walleye fishing on Walker bay is still pretty darn good with an ideal mix of eaters and bigger fish, though most of the bites are coming at prime time. I have had my best luck on 12'-18' flats near the deep break. Perch fishing is good too but you will have to do some sorting to find fish over 10". I like a shiner minnow or bigger rainbow minnow for Walleyes and if a Perch can get it in it's mouth it's probably a good one. Ice quality and thickness is good everywhere I have been. 12"-14" in most places. 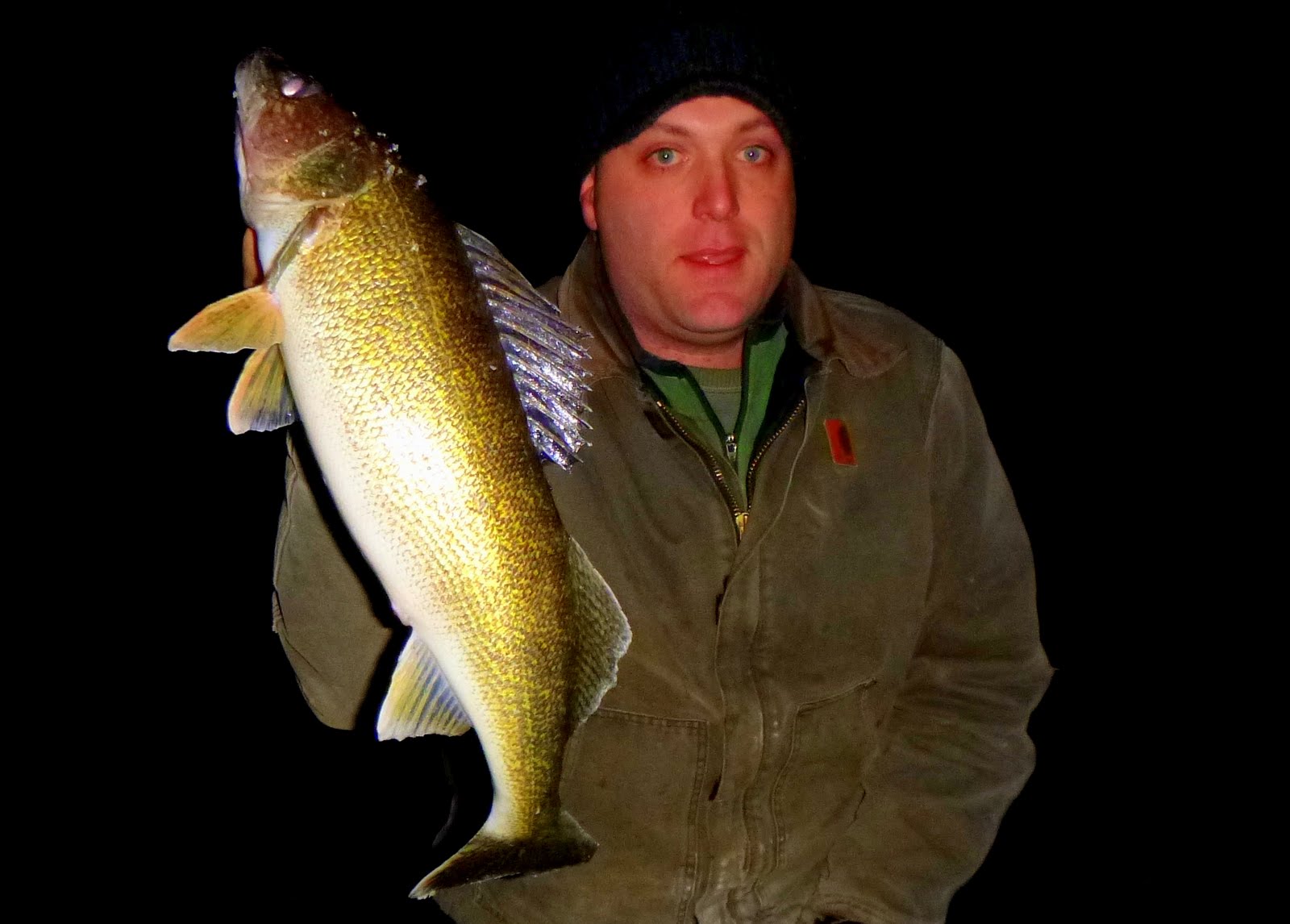 If I look cold in this pic, it's because I was. Ten below zero with a -30 windchill. Cheers and Hooksets!
Posted by outrightangling@blogspot.com at 7:31 PM No comments: