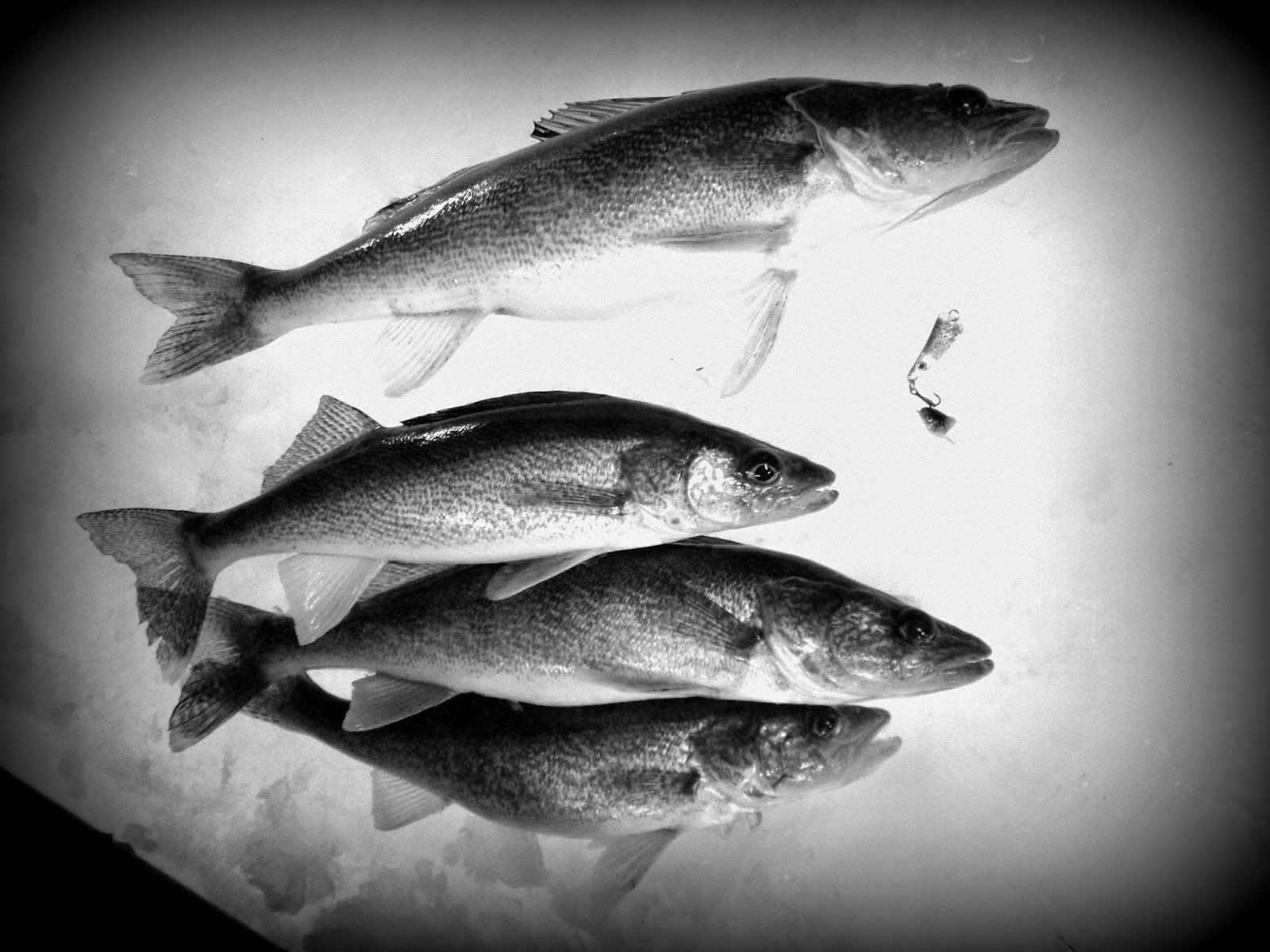 Leech lake fishing remains solid with a nice balance of eater sized Walleyes and chunky slot fish. Mobility has been key during early ice as fish move on and off of key structural locations. Being able to fish 2-3 locations during prime times has been crucial when fish are in a neutral feeding mode. Mid-depth humps and shallower flats have been most productive. It is often important to know where and how fish move on and off of these structures to be able to intercept them. I believe that the next few months will be just as productive.  Sure, the Walleye bite often slows a bit by mid-late January but fishing during prime times can still be quite productive. Adding in other species like Perch, Pike, Crappies and Bluegills can keep the action going during mid-day. Gold spoons have been my presentation of choice with the bobber rod/dead stick going ignored most of the time, but I expect that to change as the winter progresses.

With the lack of heavy snow cover, sight fishing for shallow water Walleyes has been a real treat. Big fish often prowl 8'-12' troughs running up into the shallow flats during mid day. Playing keep-away with small Perch passes the time until  larger figures swim into view. Walleyes come a long ways to investigate aggressively jigged, flashy spoons and gobble them like Cookie Monster. Walleyes from 24"-28" are pretty common catches these days thanks to
protective slot limits and selective harvest. 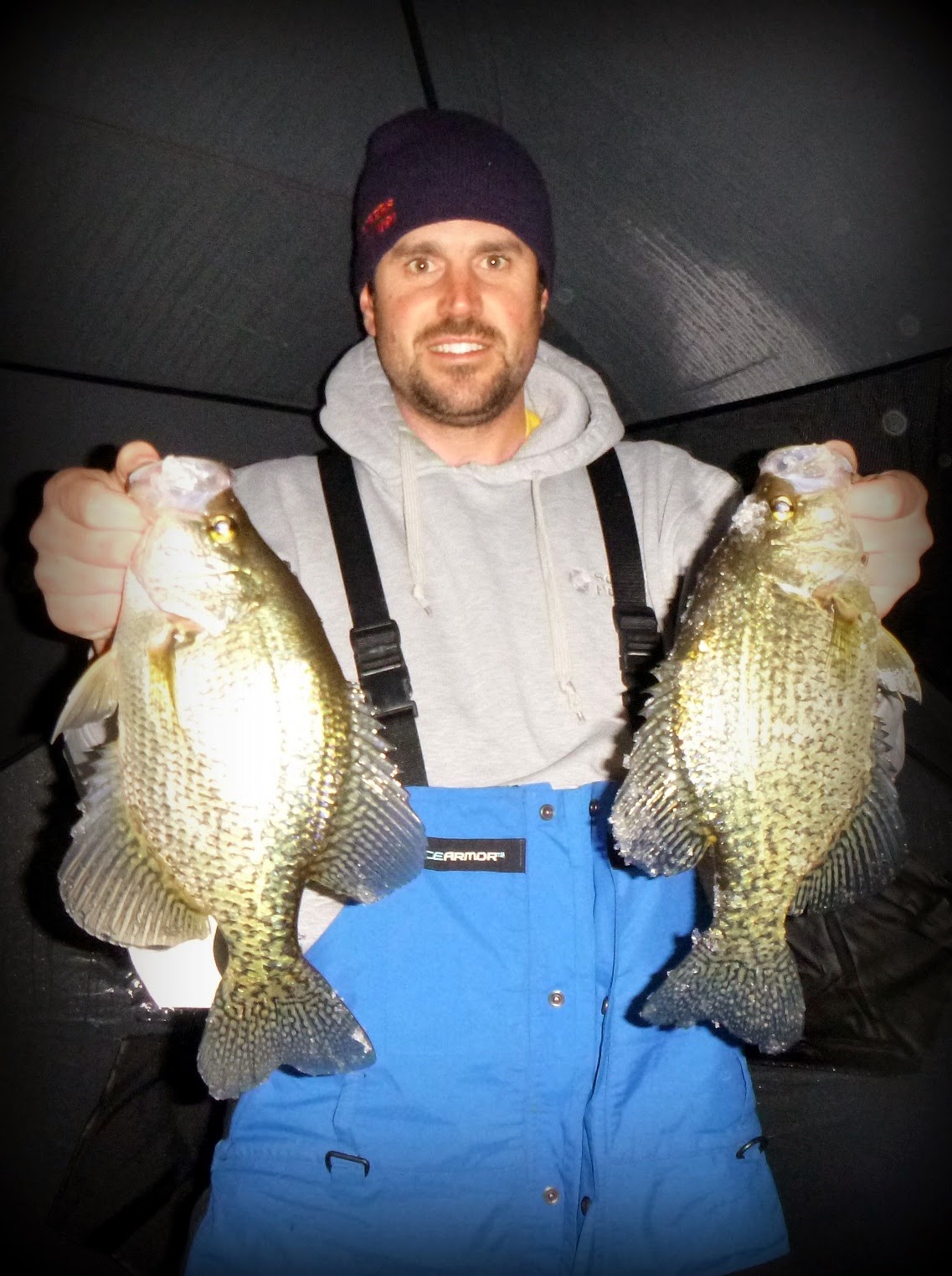 Here is Brian with a true daily double.
Big Panfish are not protected so it's up to us to sustain these beauties. 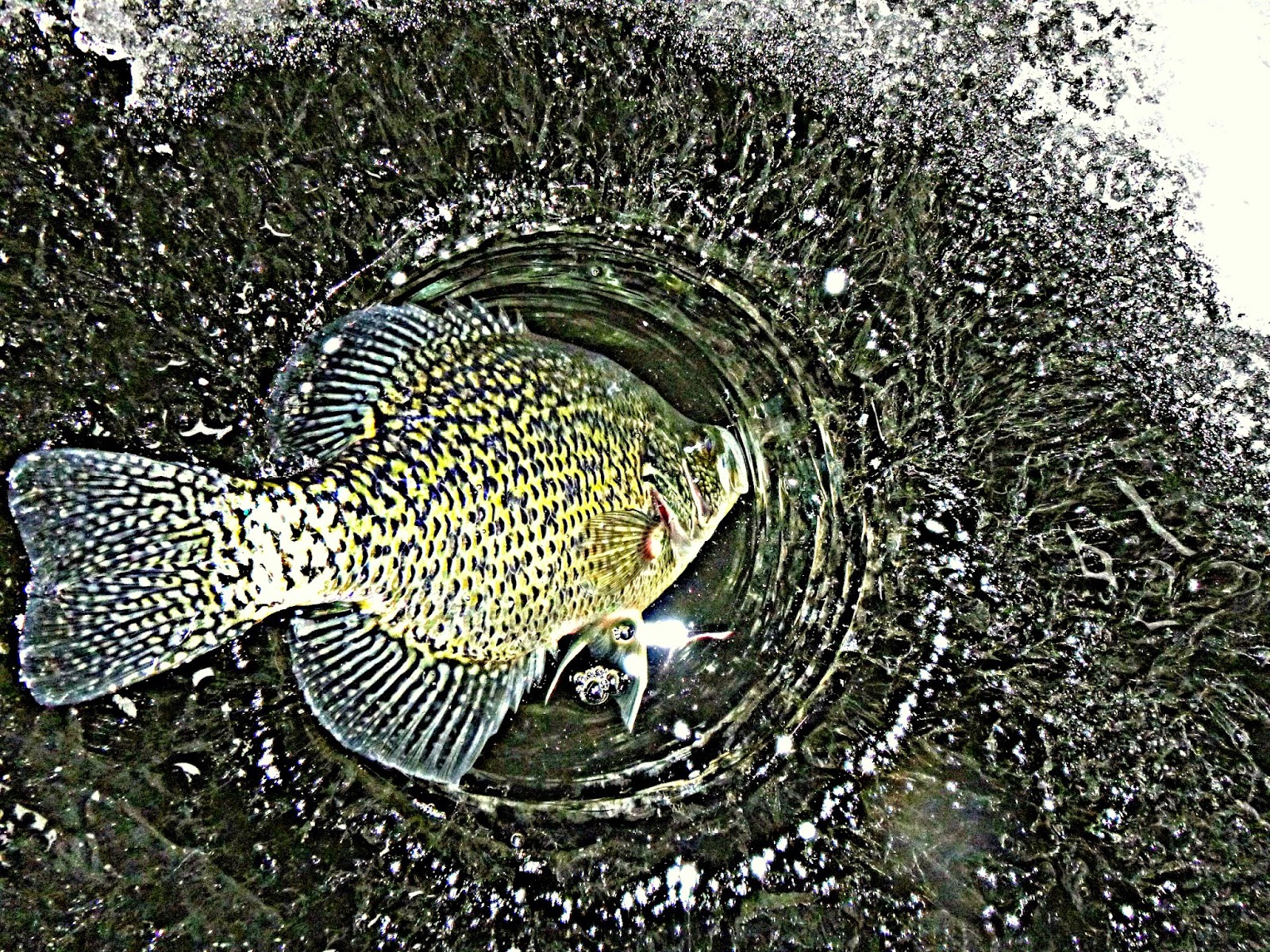 Cheers and hook-sets!
Posted by outrightangling@blogspot.com at 8:58 AM